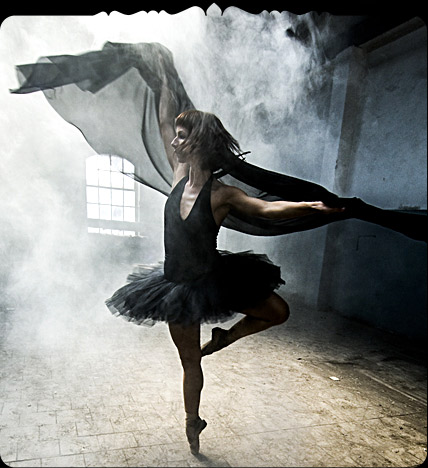 Graduated from the State Ballet School in Poznań and University of Music in Warsaw. She was born in Wrocław and from the begining of her career (1998) she has been connected with Wrocław Opera. Since 2001 she has been a ballet soloist. She created main characters in ballets Cinderella and Snow White. She danced solo parts  in The Nutcracker, Kitri or Amor in Don Quixote.

In 2002 she won a scholarship from the Wrocław Local Government in the category of Culture and Art for young talented residents of Wrocław. A year later she was rewarded by the Ministry of Culture for promoting dance art. The culmination of this period was ballet recital as part of the series “Young talents of the Lower Silesian Opera” and won Złota Iglica award in the popular contest ran by ''Słowo Polskie'' and the Wroclaw's Society of Friends of Theatre for the best dancer of Lower Silesia.

In 2009 Marta Kulikowska de Nałęcz won the Jan Kiepura Musical Theatre Award for the best dancer. A year later she was awarded a Bronze Medal for Merit to Culture ''Gloria Artis''.

She presented her skills in many roles and solo parts of ballet repertoire performed by Wrocław Opera: Swan Lake, Les Sylphides, Paquita, Romeo and Juliet, Pan Twardowski, Puss in Boots, Bal Życia, Satan's Tricks and Devil's Frolics, The Manuscript Found in Saragossa, Tangos, Synapsis, Bolero, Mass, Om, La Valses. She took part in many foreign tournees for instance in Germany, in the Netherlands or in Luxembourg. She worked with Wroclaw Opera and collaborated in the huge spectacls. She was invited by Artistic Agency ''Skala'' to co-operation , she performed a various shows in many regions of Poland. She performed as a guest in Experimental Theatre of ''Het Klein'' (Eindhoven-Netherlands) and City Ballet (Odense-Denmark).

As a long-term lecturer of the dance course in the Academy for the Dramatic Arts in Wrocław she is an author of many little choreographies. She collaborated with various institutions: Lower Silesian Operetta and Ballet School, Dance Studio and Movement Rehabilitation ''Pasjon'', Center of Creative '' Światowid'', Student Sports Club '' Kopernik'' and Municipal Cultural Center (Siechnice).

She also leads dance workshops. For several years, she has successfully worked as choreographer. The performances of her motion compositions we were able to watch in 7 Day's of Music by Ryszard Bukowski or 9th edition of the Lower Silesian Science Festival.